Day 7 – Meteora: the monasteries in the sky

Meteora and its monasteries in the sky

Here in Kastraki, the village situated at the foot of Meteora, the roosters dictate the awakening of the people. We sleep at the Meteoritis hotel: a charming 3-star hotel with beautifully decorated rooms and 4 stars services, we recommend to everyone this structure in the case of overnight stay in Meteora!

Meteora is one of the most extraordinary spectacle in the world. The name means “rock in the sky”: the sandstone cliffs rise from the surrounding plains of the region of Thessaly. The place inspires a sense of peace and calm. It does not surprise us that these rocky pinnacles have been considered a place of religious retreat.

It is said that the first to look for solitude in this plce was a man named Barnaba, around 985 AD. He was followed then by other hermits who later founded a proper colony in this magnificent place.

The monastery of Megalo Meteoro was founded in 1336, followed by other monks and other monasteries, up to a total of 24. Today there are 13, of which only 6 are open to the public. For those with limited time you should not miss the monastery of  “Megalo Meteoro” accessible by car or by foot and the monastery of  “Agios Nikolaos”. To give the monks a bit of “solitude” monasteries are open to the public at different times and days, so please check up to date opening hours on site, As they may vary.

We walk the uphill stairs that lead us in the Monastery of Megalo Meteoro which stands on a high pinnacle 534 meters. The effort was immediately rewarded with a panoramic view offered by this place and the beauty of the frescoes of the church, here exists an immense sense of peace.

We go down in Kastraki for the lunch hour. It took one night in this village to be well-liked by the locals that when we pass they are trumpeting the horn of the car or beckoning with their hands. The owners of Taverna Gardenia invite us to stop for a coffee before leaving for Athens. Old ladies are busy in the kitchen while managers grill meat. We are running late but we can not be disrespectful to the kindness of these people who have a strong sense of hospitality. It was thus that a simple coffee offered became a full meal consisting of: Greek salad, moussaka, dessert, coffee and hugs, all offered on the house!

We are amazed and astonished by the beauty of Meteora and of Greece in general, the hospitality of the people is the real added value of this land … the journey is coming to and end, next stop Athens!

One of the monasteries of Meteora

The stairway of the monastery of Megalo Meteoro

One of the frescoes – Megalo Meteoro Monastery

Near the church – Megalo Meteoro Monastery

Inside of the church – Megalo Meteoro Monastery

The view from the top – Megalo Meteoro Monastery

The village of Kastraki

The sunset on Meteora

Alberto Casello
14:56 22 Aug 18
Usually I don't engage tour operators to organize my holidays. In this case i did an exception and it was the best decision ever made: Archè Travel is professional, reliable and prepared about the whole Aegean/Middle East areas. Very suggested!!!!leggi di più

OIKOTIMES ATHENS
15:35 08 Mar 17
one of the best tracking organisers ever 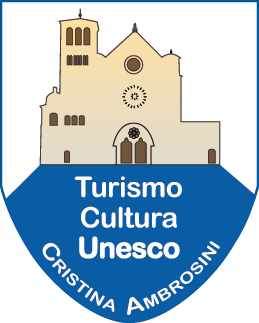